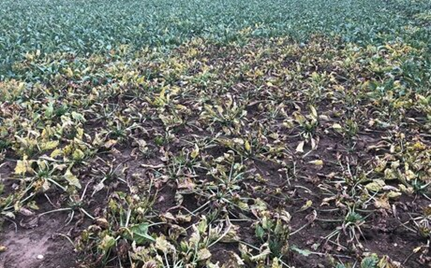 Without an emergency license for neonicotinoids, many farmers in Germany will be forced to give up beet cultivation

Zuckerverbaende
-
Wednesday, February 3, 2021
(WVZ - Google translated) Neonicotinoids in sugar beet cultivation - harmless to bees For the 2019 growing season, the use of three neonicotinoids outdoors was prohibited across the EU. As a result, there is a lack of effective control options for aphids, which transmit dangerous yellowing viruses, in sugar beet cultivation. These viruses spread particularly strongly in Germany in 2020 and regionally lead to yield losses of 30 to 50 percent. Alternative insecticides, some of which are sprayed up to three times, cannot adequately control aphids. Without an emergency license, many farmers in Germany will be forced to give up beet cultivation due to lost income and additional competitive disadvantages, and sugar beet as a German crop is threatened. That would also be the short-term end for jobs in the sugar industry. For this reason, temporary emergency approval was granted for particularly badly affected regions for the 2021 cultivation year. This emergency approval does not apply to two thirds of the beet growing area. For the use of neonicotinoids, strict implementation requirements have been set at the state level, which are intended to provide additional protection, above all, to pollinators such as bees.
Click here to connect to the source of this storyClick here for more News and Views