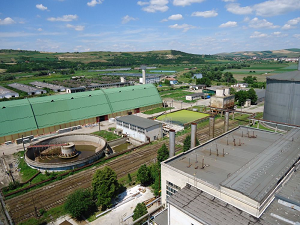 Reuters
-
Friday, September 30, 2022
French sugar and ethanol group Tereos has decided to close and dismantle its factory in Romania after talks with a local company interested in taking over the plant failed to go through, a spokesperson said. Tereos, the world's second largest sugar producer by volume, had said earlier this year it was planning to shut its Ludus factory. The Romanian agriculture minister at the time later said he was in contact with Tereos to try and save the sugar factory. "The Romanian Minister of Agriculture had seconded a private company to study the purchase of Tereos Romania. We were open to this possibility," a Tereos spokesperson told Reuters. "But the private company told us that it was unable to pursue the acquisition project," she added. "The question was not the price, mainly the timing. They had missed a (sugar beet) campaign."
Click here to connect to the source of this storyClick here for more News and Views